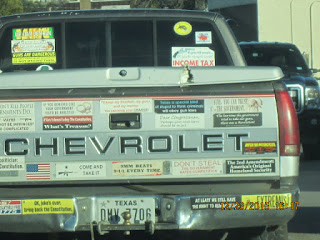 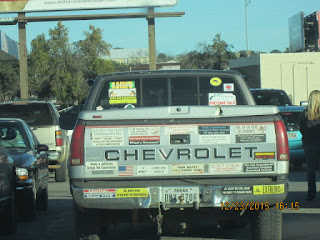 Think this is enough? hahahaha,,, It was parked at the grocery store yesterday.

Somehow when i transferred a picture from facebook, i ended up with about 300 i had to remove, took a while,, lol. And i did it in multiple bunches. I think it took the whole day. lol.

I need to go get in the shower, instead of doing this. I've gotten really bad about delaying....

Finally after 2 weeks, i think i'm getting better. I pulled another muscle in the same area, so,  i think that's what hurts now. I keep re-pulling it.

A blizzard in W TX? that's what the weather is saying.

You can see i don't have anything to say, so yall tc, and


Posted by TROUBLEnTX at 9:19 AM 2 comments: Links to this post