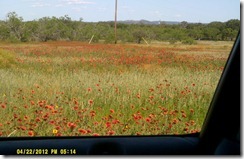 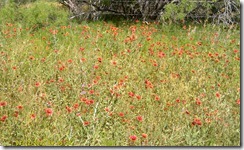 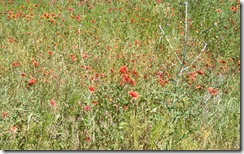 These were just outside of town.  Several fields of them.  Not as many as I’ve seen before, but a pretty good showing. 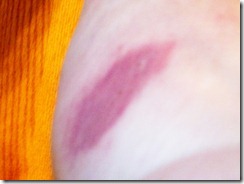 GROSS!  This is one of the bites on my leg, on the back just below the knee.  Was hard to take this pic, too. lololol.  The other never got like this, and it’s well on the way to well now.  I know it was a spider bite, not a brown recluse tho, but I don’t know where I got it. 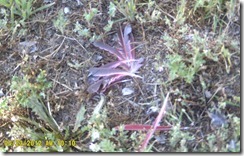 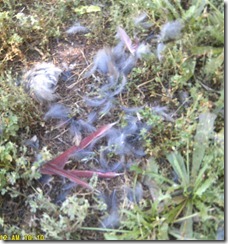 Found Jude with this when I went out for the paper this morning.  Hate that it was a cardinal, not a mockingbird.  They nest just outside my kitchen window in the old crepe myrtle.  I have never been able to see the nest, but have heard them waking up there.

Kingsland has had 2 bad fires at the same time.  Arsonist?  One was a house fully engulfed, then another about the same time with 2 sheds that ended up catching the house too.  They called for mutual aid all around, and have finally gotten them under control, doing mop up.  Sure is suspicious.

Sundays are long,,,longggg days.  So I went out and got the pics.  I don’t know why they are so different.  Growing up, it was church day, then the afternoons were spent socializing.  Then church again Sunday nite.   Later, got into football during the pro season.  Now,,nothing.  Maybe that’s it.

I had to redo all this post, cause I clicked on an update.  I guess this windows live writer doesn’t have the draft thing.  I couldn’t find it.  I’ll remember that,,,

Posted by TROUBLEnTX at 12:36 PM 5 comments: Links to this post