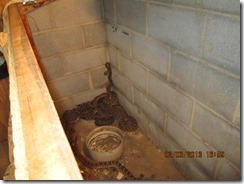 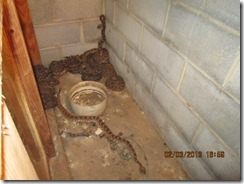 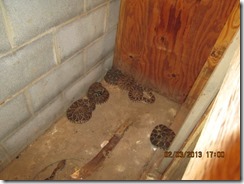 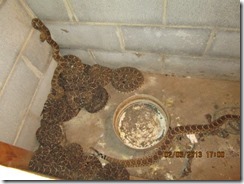 Back in working Home Health Care,  I was sent to a neighbor about 2 blocks from me.  Before I got there, they beeped me to go somewhere else that day, so I didn’t get to see her until the next.  And actually, it was her son with MS? or something, that was the patient.  Her door was unlocked and I went in, her son sitting there in a recliner twisting and turning.  I called out and could hear her from the bathroom, and I walked that way, and was horrified when I glanced in the door and saw her feet in the floor, then looking on in, her too.  She had fallen between the tub and commode and couldn’t get up, and it turned out, she had been there for 2 or 3 days, and the son in that chair too.  He had to be helped up, and helped to walk, so no food, water, zip.  I had wondered why her papers were in the front, because she always got them and her mail.  The worst thing was,,,her older son lived a block away, went by several times a day, and hadn’t even checked on her.  I called him, and he did come but he couldn’t get her up either, called an ambulance, I got the son up and into the bath, cleaned him up while they took care of her, fed him.  She ended up with a bad kidney infection, and the son stayed with his brother until they could get them into a nursing facility where one of her daughters worked, and they both were moved there.  It was in another town, so I never got to see them again.  It was time.  The house sat there empty for a long time, but then one night it burned to the ground.  Think they said it was electrical.

Posted by TROUBLEnTX at 10:29 AM 6 comments: Links to this post