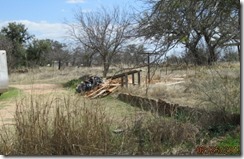 Neighbors to my East, after finding water leaks after not being there.  They are still working on the inside. 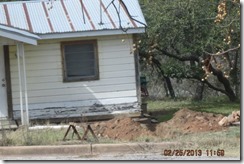 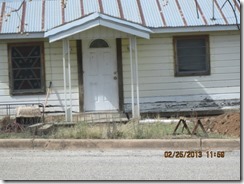 Across the street to the West.  He’s having to replace all the water, sewer lines. 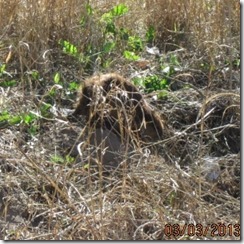 And,, the small beaver at the park.  I had never seen one but J had.  He had seen a group of babies right up at the bank below where he was sitting.

I haven’t been doing anything, and these pics are from a few days ago.

My new vcr came in yesterday, and doesn’t hook up like the old one.  J said it was now, but, haven’t been able to program it yet.  He’s napping in there, so I’ll wait til later.  Don’t need it tonite.

That’s all folks,, yall tc, and

Posted by TROUBLEnTX at 11:51 AM 3 comments: Links to this post